As the VMAs have recently become potentially interesting again, and with Beyonce and Lady Gaga both up for nine Moonmen, including the "coveted" Video of the Year, it’s inevitable what will happen: a Mugler-off.

The French designer is in higher demand now more than ever, thanks to the two pop tarts rocking his signature metallic bodysuits in their videos and performances. But who wore it best and who will bring it the hardest come Sunday night?

First off, we have Gaga ‘s “Paparazzi” -- the most epic eight minutes AnA has experienced in a long, long time, versus Beyoncé’s design on a dime video for “Sweet Dreams”.

Both turn it out in golden Mugler, but Gags has to take the cake, wearing hers like a haute. couture. CAST. 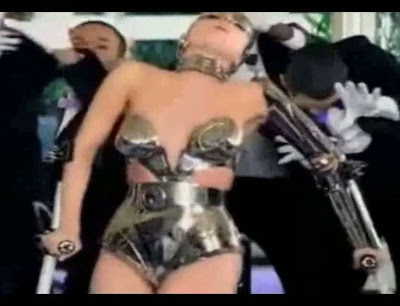 B, on the other hand, is standing around, dead in the eyes as always, with a terribly unflattering Jojo Baker-esque finger wave going on. 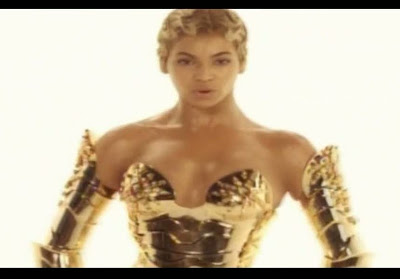 The difference is as simple as this: one of them understands fashion, the other simply likes shiny things. Round 1 goes to Lady Google. 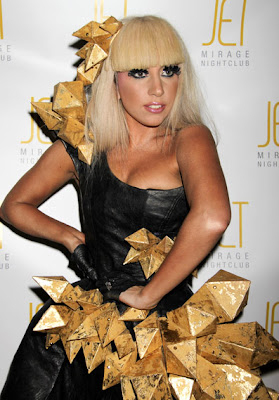 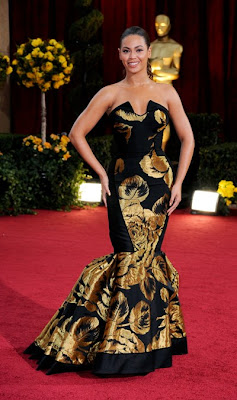 Performance-wise, our money is on Sasha, because, well, girl’s a robot -- she may not even be wearing a bodysuit, that might just be her real skin. But we're really tuning in to see Janet and -- are you listening God? -- a surprise Whitney cameo. Old-school divas teaching the new-school how it's done? 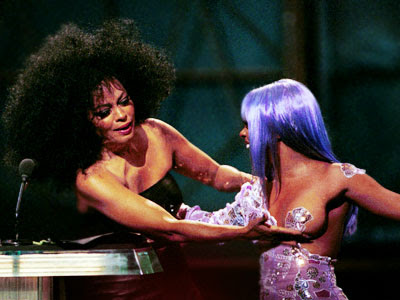