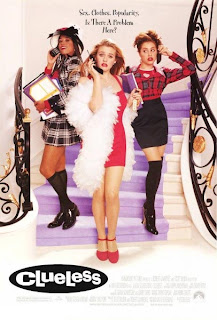 When it comes to cultural touchstones of the 90s, there's Clueless, and then there's everything else. Besides adding a handful of colorful and sassy terms to our lexicon, the film also introduced us to several new faces that would become vaguely familiar throughout the years. 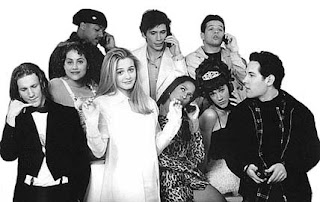 Oh, look at Brittany Murphy, with her old face, old hair and old weight. Memories! And those outfits. The 90s were an interesting time for fashion; an eclectic mix of body-consciousness, electric neon coloring and the undeniable influences of grunge and hip hop, which permeated the decade. And Clueless hits on everything, even name-dropping Azzedine Alaia. 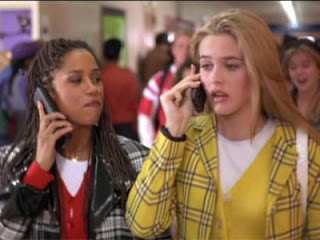 In 1995, there were no cooler bitches than Cher Horowitz and Dionne Davenport, and they continue to be incomparably fierce, even if their real-life counterparts...well...we liked you in Beauty Shop, Alicia!
| More
Posted by arms.akimbo at 4:12 PM

"math is hard" "I think my party clothes are too binding," i could go on and on. best damn modern jane austen film ever.