The Adventures of Lil' Andy

Part 1: Through a Lens Drunkly

Happy Birthday to me indeed! What a night! My feet are killing me. I don’t know why mother insisted I wear platforms, we weren’t fooling anyone with my “disguise.” That is if you want to call an off-the-shoulder Halston a disguise so much as a statement. I looked like Bianca Jagger, who, come to think of it, was wearing the exact same thing…of course she was on a horse, so no one even noticed me. 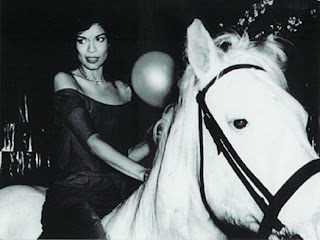 Story of my life, Diary.

So, all day today I thought no one had even remembered my birthday. It wouldn’t be the first time, as you are well aware of, Diary. Though I hate to admit it, I wanted to openly weep during my French lesson, but you know how cruel the French can be. 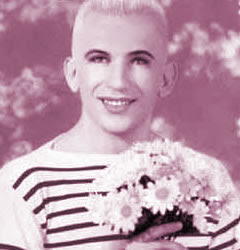 After school, I went by Calvin’s for a shoot. I honestly just wanted to go home and drown my frustrations in a juice box with an animal cracker chaser. But mother always says to honor your engagements. Having been married four times, I doubt she’d be the best person whose advice I should follow, but what do I know? I can't even drive yet.

I stepped into Calvin’s atelier, downtrodden and frail, and was wonderfully surprised by a four-layer cake of glitter, silk scarves and champagne, brought out by six muscular men painted gold. Calvin then proceeded to shove glass after glass of champagne in my tiny, angular face. 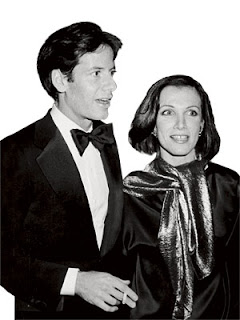 I tried and tried to tell him I couldn’t have any – mother doesn’t like me drinking anything domestic – but he just took me by the hand, twirled me into a mile of exotic fabric, threw heaps of glitter into the air and fed me champagne till I threw up.

I got home around 7, sick and gitty as a choirboy. Mother greeted me at the door, singing a nine-minute theatrical version of “Happy Birthday” with Peter Allen accompanying her on the baby grand. She then kissed and hugged me obsessively then began dressing me in drag.

If I had a dime every time I had to write that, Dairy, we’d both be rich. Well…richer.

I asked her just what the hell she was doing and she hummed something about painting the town a fire engine red, while draping me in a variety of silhouettes. Well I said to her, “I’m ten-year old boy, dammit! Give me a billowy blouse, some YSL slacks and a slip-on loafer. Something sensible.” 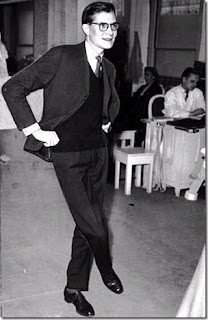 But she was having none of it. I sulked all the way in the limo while mother nattered on about what an enormous bitch Truman Capote always insists on being to her, though I’m sure they’ll be drunk by noon and crooning old Gershwin tunes all day tomorrow. I checked my face in the mirror as we drove up. Pale, per usual. I think I’m beginning to grey, though. Wouldn’t be surprised, after all.

I noticed immediately the line outside. I’ve never seen so many outlandishly dressed and androgynous people in one place before. Boys were wearing heels, girls were wearing tuxedos, everyone was wearing glitter. There were people of every color and age snaking around the block. I thought I must be going somewhere incredible, like the U.N. or Barney’s. 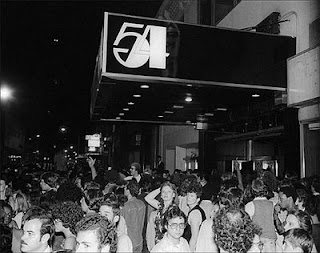