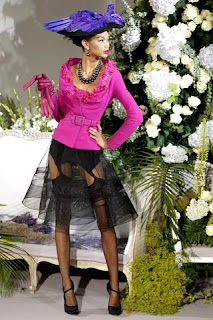 Supermodel of the world, Chanel Iman, embodying perfection, per usual
60 years ago, I sat sipping a Shirley Temple with just a splash of bourbon in the Dior salons at 30 Avenue Montaigne, as Mon. Dior himself presented what would come to be known as the “New Look.” 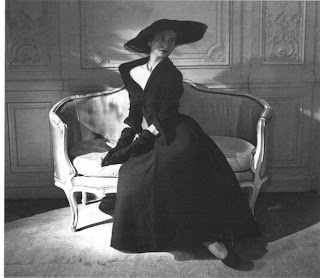 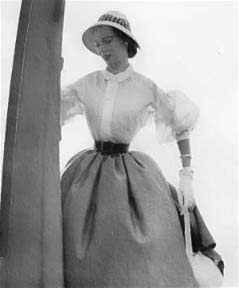 Who knew that this collection of full skirts and tiny waists would become not only iconic, but also immensely influential on contemporary styles? I’ll tell you who: me. Oh, how we laughed, Dior and I, after the show, high on excitement and amphetamines. The world was young then... 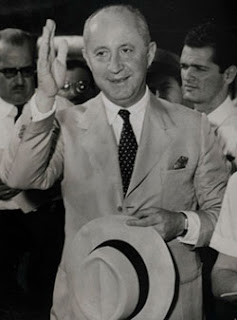 Mon. Dior’s legacy lives on brilliantly in John Galliano, the Mad Hatter in Alice’s Haute Couture trip in the Wonderland of fashion. Very few designers can inspire awe and wonder, amusement and sheer ecstasy like Mon. Galliano. And he can do that in just one meticulously crafted dress. 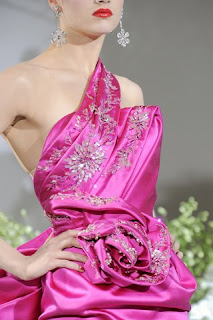 The New Look has informed many of his collections, but his interpretation for the Fall 2009 Couture season offers a slightly new, if not necessarily revolutionary, take in his trademark palette of extraordinary colors that could only hope to exist in nature. 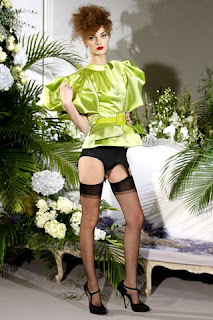 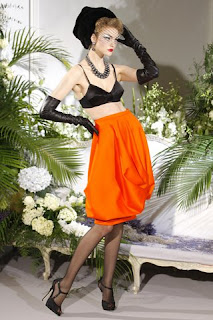 Many of the models strolled out dramatically wearing garters, hosiery and exposed slips beneath structured jackets, and beautifully ornate hats, offering a rather deconstructed New Look that was a cross between 40s post-war glamour and 80s Vanity 6 sluttiness. 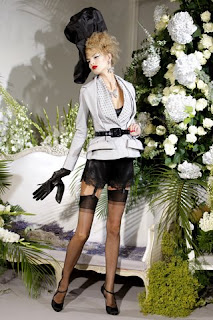 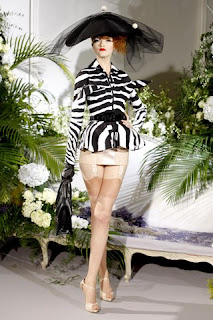 But the effect was not that of a Nasty Girl. On the contrary, the exposed lingerie lent a youthful, sexy take to a really gorgeous, very wearable collection. 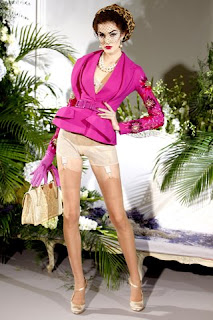 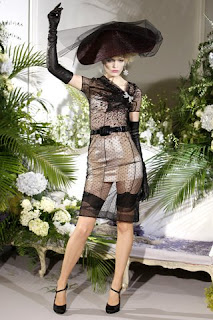 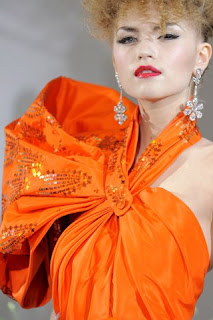 (And God knows AnA loves to juxtapose differing shapes and varying lengths. We learned from the best, Mon. Galliano himself? Or as we like to call him, Uncle John John.) 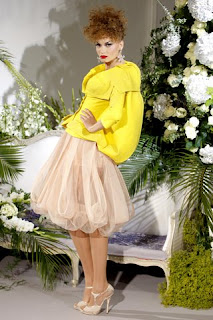 It's time to hunch...for your life!

The best looks bridged the gap between outer and inner wear seamlessly like this fuchsia skirt paired with a nude bodice, giving the effect of a strapless bra. 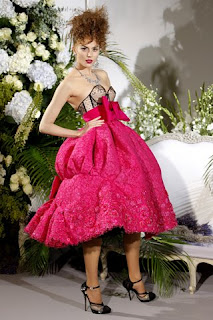 This skirt and blouse ensemble perhaps offers the best statement about this collection. 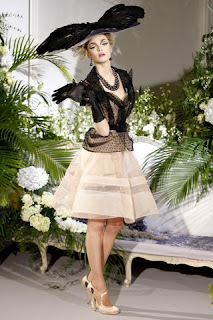 Though Siri’s intimates are clearly visible, the proportions and overall feel of the look is classic Dior. Simple, effortlessly chic and completely wearable.
If the collection was the most wearable we’ve seen from Dior Haute Couture in some time, it wasn't because Galliano abandoned the fantastical, ornate gowns he’s so famous for. The last four dresses were as diaphanous, surreal and achingly beautiful as anything he’s ever done. 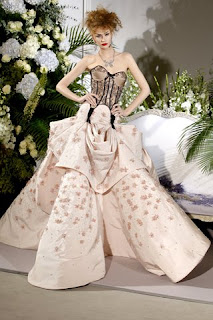 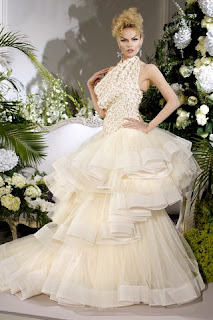 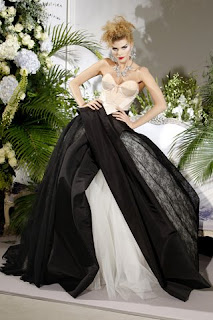 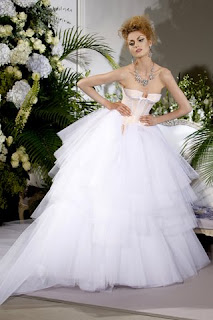 There was simply more restraint from past seasons for a more streamlined and marketable line, perhaps a response to seemingly endless recession or to Galliano’s own creative development.

The Dior fall 2009 Couture collection was a quieter affair than we’ve grown accustomed to, both in presentation and in the clothes themselves. Back at the salons at Avenue Montaigne, the collection was a fitting homage to Dior’s seminal line and a logical continuation of the aesthetic he pioneered all those years ago. 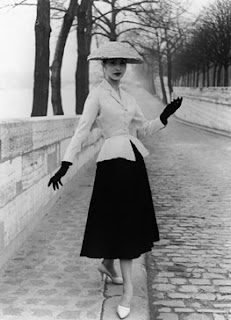 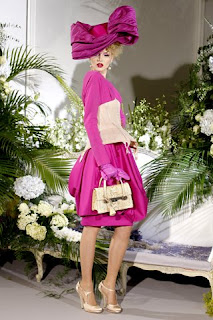 Afterwards, Uncle John John and I celebrated, like Dior and I once did: with an underage hustler and an 8-ball of speed. It’s good to know some things never change.
| More
Posted by arms.akimbo at 10:33 AM