Bravo aired the second part of The Fashion Show finale last night and crowned Anna the winner based on viewer’s votes. As the whole point of this show was “Real fashion for real people” (snore), Anna was the obvious choice. Her clothes throughout the season were very wearable and covetable: 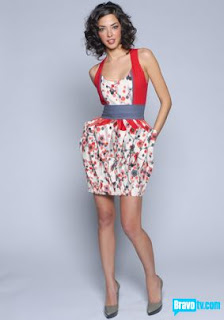 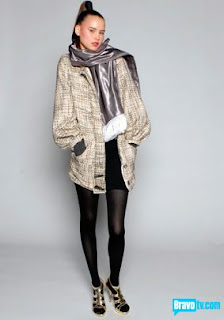 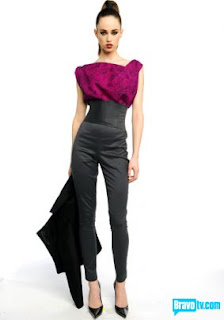 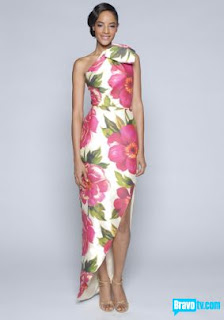 Plus, she featured an AnA staple, the shoulder bow.

Though her collection was not the most cohesive, that honor goes to supercunt Daniella, it was definitely the most mainstream and marketable. We can see ourselves in any of these pieces from her final show...except perhaps that jersey dress, unless, that is, it was cinched with a say-something belt: 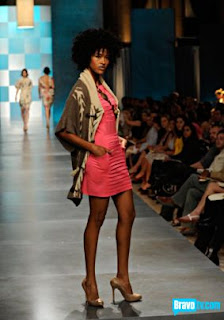 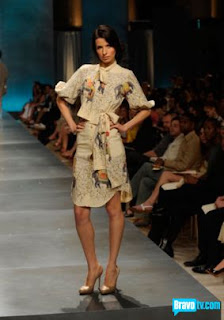 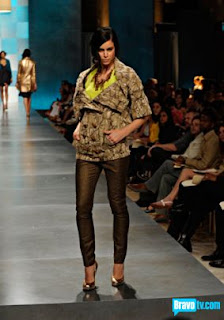 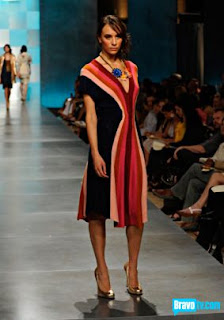 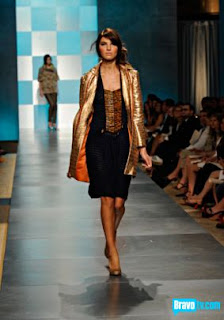 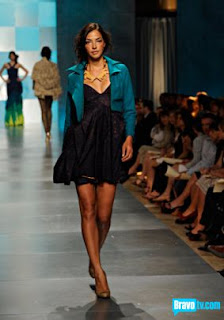 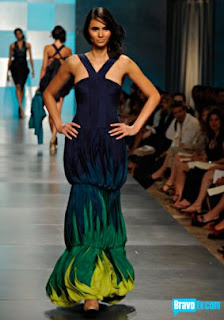 The aforementioned supercunt was the judge’s choice for her young, “edgy”, fashion-forward aesthetic. It's a little punk, it's a little new wave, it's definitely very now: 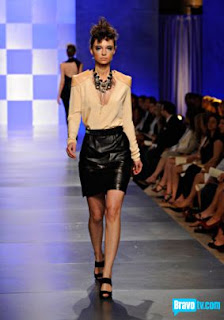 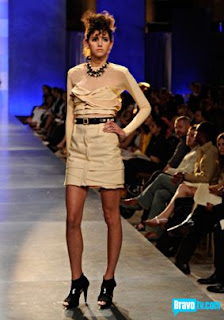 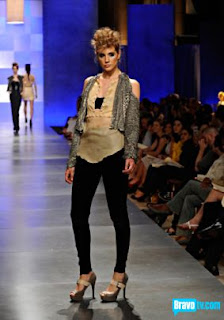 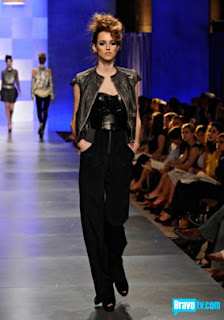 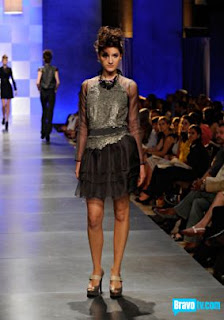 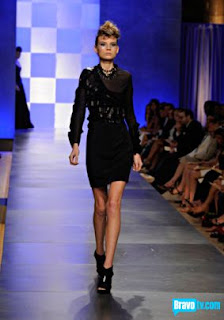 Though a bit rough around the edges, it was a good collection, and despite her supercuntiness, Daniella is a talented designer. That she’s only 22 bodes well for her future. Also, Editrix-in-Chief of Bazaar, Glenda Bailey, promised—on camera no less—to hook Daniella up with some designers to assist her in her career so...mission accomplished, bitch.

Our favorite collection, by far, though, was that of the adorable pocket designer, James-Paul. Not only one of our faves from the get-go, his collection was the most thought-out, was the best-executed and was really more than one could hope from a reality show.

Based on the idea of indigenous people dressing for the modern world, or something along those lines, the soft-spoken James-Paul came closest of the final three to delivering high fashion. 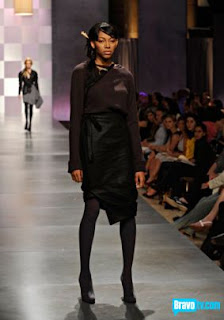 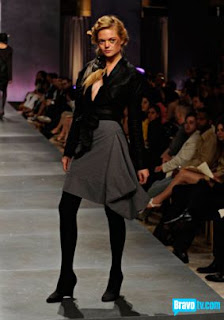 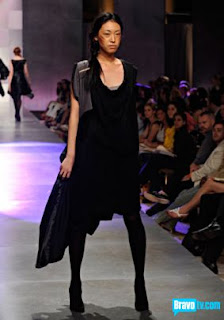 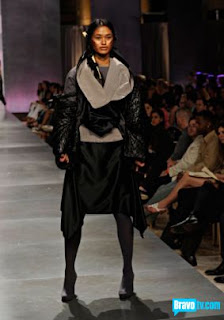 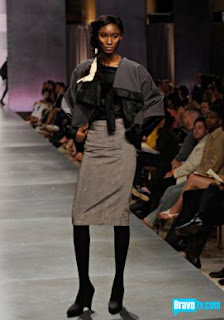 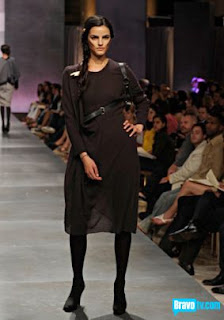 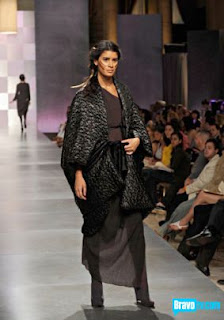 That he was the least favorite among the audience is not surprising since his work has polarized both viewers and judges since day one, except for his first, challenge-winning look, which incidentally sold out on Bravo’s website.

Now that the first season of The Fashion Show is over, we can all wait with baited breath for the return of the champ: Project Runway. The Fashion Show didn’t really give PJ Runway much of a run for its money, though the former’s final collections were as good as anything Runway’s done. Will Heidi and Co. disappoint, or was Sir Isaac just a warm-up for the main show?

I guess we'll have to wait until next month. But for now, the line has been drawn in the sand. A line of coke, yes, but a line nonetheless.

Couldn't agree more- the James-Paul collection is the best. I'd wear it all.