Grammy Red Carpet: The Bad, The Worse and the Paris... 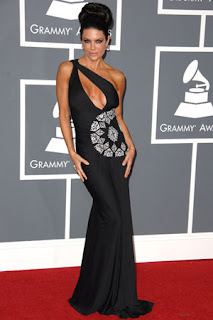 Lisa Rinna, quote-unquote actress
Is there no red carpet you won't sully with your misguided attempts at high fashion and botched plastic surgeries? It's just sad at this point, but far be it from us, here at AnA, to discourage anyone from trying. Unless they're... 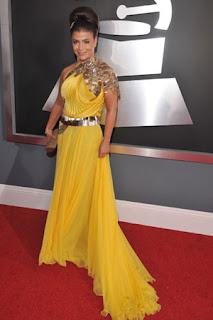 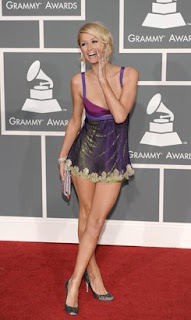 Paris' crotch is burning...
There's trying too hard, and then there's just plain sad and desperate. Paris, you passed both of those marks about three years ago. Give it up.
Love, the World. 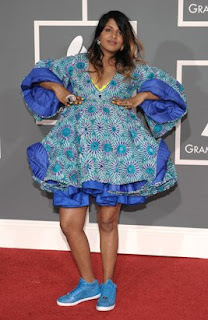 MIA seriously in danger of springing a leak.
On anyone else, this would be awful and tragic, but it's MIA and she could come dressed...well, like Paris Hilton, and still be the coolest bitch on the planet. Work, Tranny. 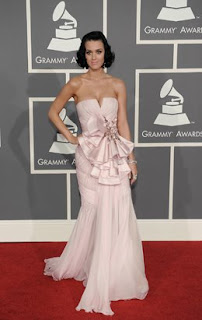 Katy Perry once  kissed AnA, but neither of us liked it.
Absolutely flawless. It's young, it's fun, it's chic but not overdone. What she lacks in talent, Perry makes up considerably with style. A prime example: your so-so performance with that delicious fruit imagery. 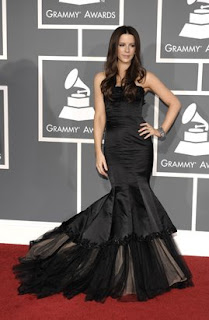 Kate Beckinsale
Did someone forget to tell Kate Beckinsale where she was going? You're on a red carpet with the who's that of the recording industry. A T-shirt and sequined booty shorts would have been more appropriate. 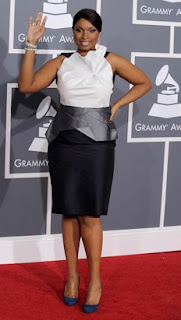 Jennifer Hudson
The star of the night, J. Huds made another bold choice in dress and we couldn't be happier. The white, silver and black with a turquoise heel goes perfectly well with the Grammy (and Oscar) gold.
| More
Posted by arms.akimbo at 11:44 AM