And the Naked Bald Man Dipped in Gold Goes To... 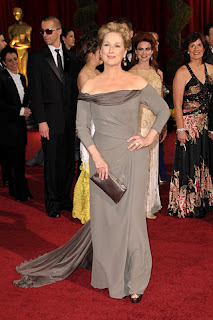 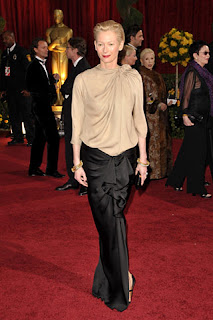 Tilda Swinton, for us here at Armed and Akimbo, you can do no wrong. Especially when you're covered in Lanvin. 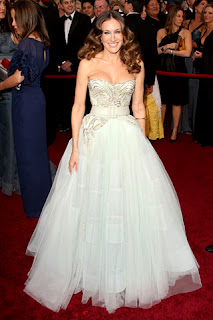 J'Adore SJP in Dior Haute Couture. SATC: TM 2, however...could you girls just give it a rest? 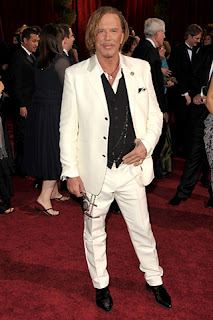 Best-dressed man of the night, Mickey Rourke in Gaultier. We always applaud nonconformity. 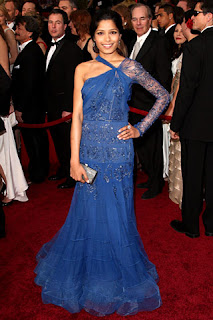 New It-girl and AnA fave, Freida Pinto had one of the most buzzed about looks of the night, wearing an exhilarating one-shoulder Galliano gown. The fact that she's so beautiful she makes that Jolie hag look like a tragic drag queen doesn't hurt either. 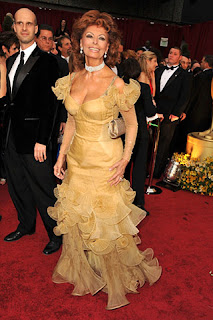 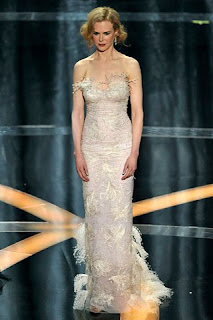 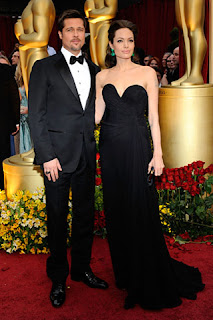 Les Jolies-Pitts, here we are again. Brad, always dashing and always in Tom Ford. Angie. The dress looked much better on camera. Sure, it looks boring, lifeless and safe here. And sure you lost. But you get to go home with him. And all the shade-throwing in the world is not going to change that. 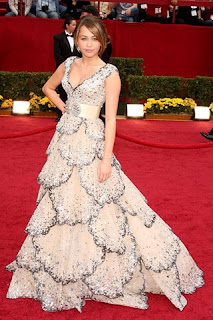 Eschewing Marchesa for little known designer Zuhair Murad was a bold choice, Cyrus. Luckily, it paid off. If only you had been truly bold and brought your hottie 20-year old underwear model boyfriend. Who doesn't love a little jailbait to mix with the festivities? 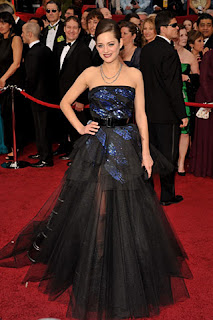 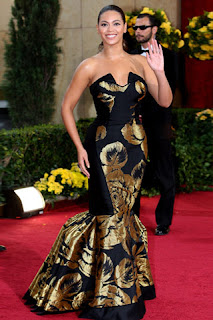 Hmm, it's the 81st annual Academy Awards. I'm not nominated (like that'll happen) but am performing. I need a say-something dress...I know! Instead of wearing a big-named designer, I'll go with a House of Dereon gown. And who needs jewelry when I'm covered in gold lamé? As if looking like a statue weren't enough, I'm going to pose like one just to drive the point home. 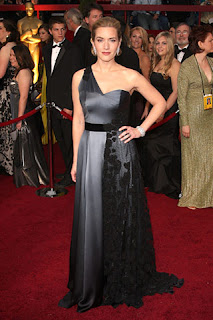 Kate Winslet, she of the graceful neck and the Best Actress Oscar (we knew you would win), was all Hollywood glamour and Grace. Kelly, that is. The hair, the Yves Saint Laurent, the Chopard jewels. Absolute perfection. 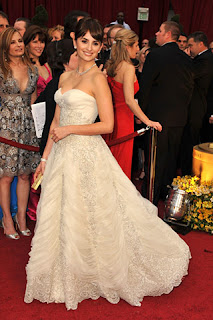 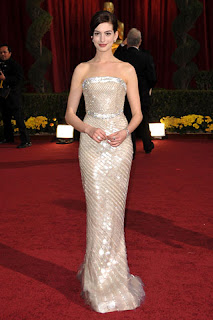 Ann Hathaway, stealing the show as Nixon, in a rehearsed impromptu number with Hugh Jackman, was simply stunning in Armani Privé. We agree with Coco Chanel that this is the first of many nominations.
Last night's Oscars were the most entertaining the telecast has been in ages. Not that that's saying much, but then again, we could watch Hugh Jackman pick his nose for 3 1/2 hours...and have. 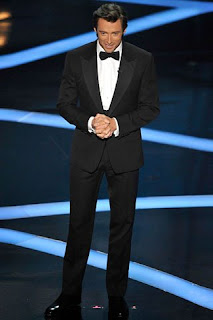 Jackman, the prettiest girl in all the world
Aside from a surprisingly underwhelming performance celebrating the musical supposedly being back, (2003, anyone?) -- featuring a sweaty, lip-synching Beyoncé and at least two dubiously talented High School Musical alums -- and a few badly rehearsed tributes to actors in place of the customary 30-second reels, the show went smoothly and added a much-needed touch of glamour. 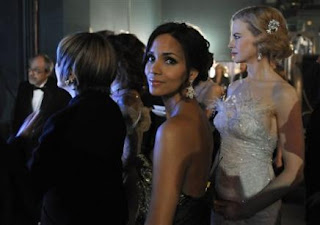 Highlights included the late Heath Ledger's family accepting his much-deserved posthumous Oscar for Best Supporting Actor, the Slumdog kids cleaning up with 8 Oscars and rushing the stage and Angelina Jolie laughing her taught, bony face off at Jennifer Aniston's sad attempts at comedy. 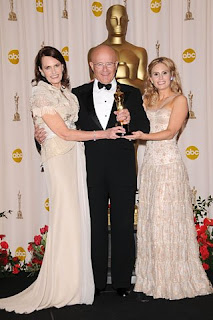 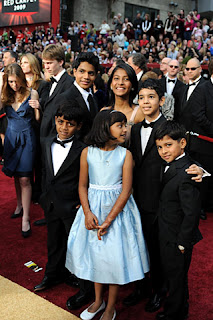 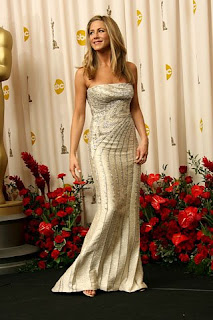 Will someone put this girl in a color? A jewel tone, a print, something.
On the red carpet, the big trends were white, strapless, bows, an asymmetrical one shoulder (thank you Michelle) and Dior Haute Couture spring 2007. 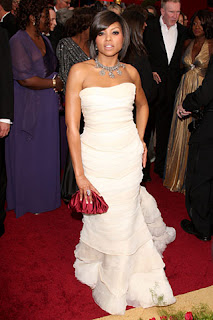 Taraji P. Henson in Cavalli. Reportedly she wants to play Diana Ross in a biopic...we'd die. 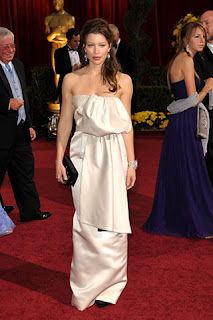 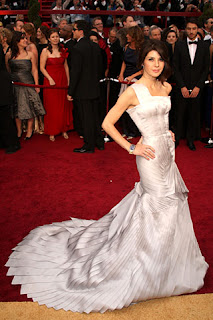 Tomei, in one of the most glamorous and gorgeous looks of the night, working Artelier Versace 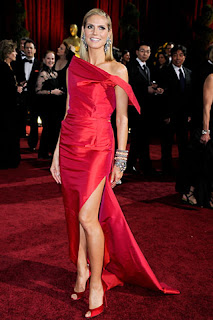 Finally, let's not forget what a big night it was for the mo's. Jackman high-kicking it. Sean Penn winning for Milk. And who didn't tear up when that shy, awkward, precious little gay won for her screenplay? Oh brave new world, that has such fierce people in it! 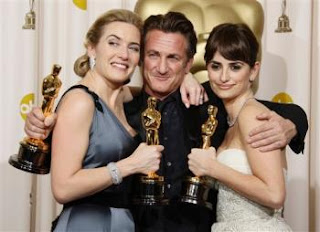 tilda is so fabulous, I want to horn in on her homespun menage a trois.