With all the flurried discussion of the MET gala and models, AnA wishes to turn to a recurring topic here at the Akimbo loft: racism and tokenism as seen in American Vogue. This time around, let's consider the Faces of the Moment issue and the location story in Goa with model Lakshmi Menon, current runway star and Ricardo Tisci muse chez-Givenchy. Strangely titled "India Are We," the editorial has Lakshmi smiling and dancing in practical summer ensembles among India's impoverished; it should be called "India Is She." 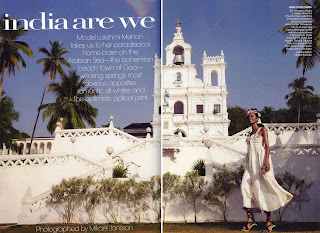 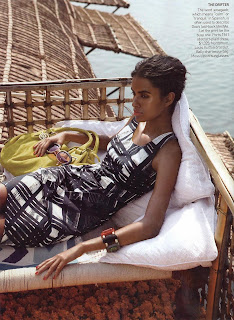 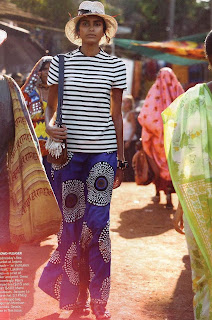 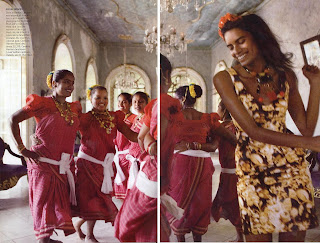 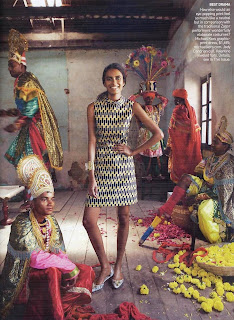 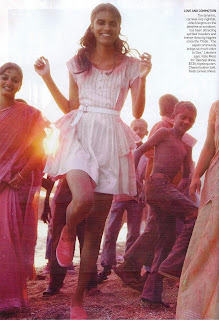 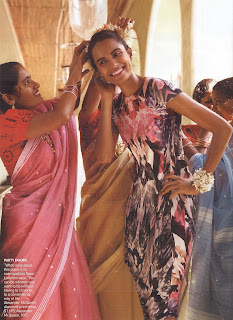 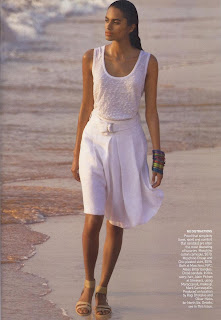 The story lacks any clothes by Indian designers in favor of Anna's go-to European and American minions. So much for covering India's burgeoning fashion industry. Lakshmi has appeared one other time in American Vogue -- in a story about "new" models - although Lakshmi is in her late 20s and came West after a long career in India. 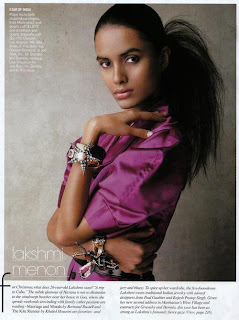 Landing a one-girl story is huge but did Anna pick Lakshmi because of her beauty and status or because Lakshmi is the only Indian model on her radar? Why not send a white girl to India? Why not book Lakshmi for a studio story stateside? AnA can report that various recent beauty and fashion shoots for Vogue -- including a MET-themed story shot by Arthur Elgort -- do not include Lakshmi, although she did attend the Ball. Hopefully Anna will keep using the girl. Until then let's enjoy her off-kilter face, masculine shoulders and large jaw in other ways! 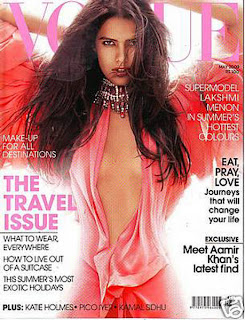 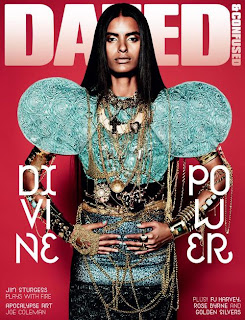 God, couldn't agree w/you more, why don't they just wrap her in a sari and send her down the Ganges? HATE when Am. Vogue does this. Are you the only fashion blog to call this out?
And Lakshmi looks AMAZING on the runway too.