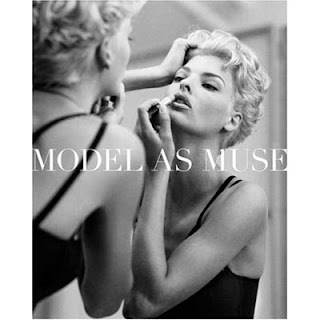 Oh, excuse me while I reapply! The collagen is falling off my face! 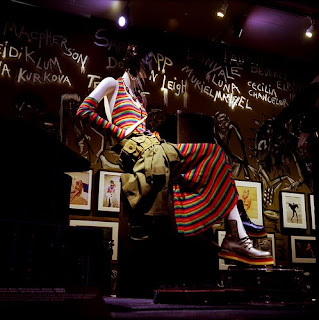 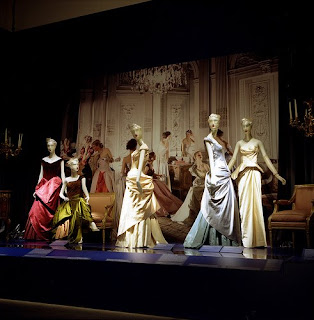 Like every good fashion plate, AnA trekked it uptown to take in the "Model As Muse" show at the MET; we went in Ms. Streisand's BMW. Attire du jour: we picked grunge, in honor of 90s Marc Jacobs and Lady Sui. And what did we think of the show? 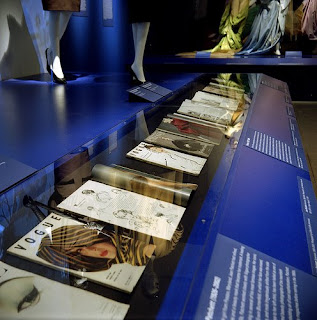 Overall, a good textbook round-up of fashion models popular in the European and American markets since World War II. From Dovima for Richard Avedon to Linda Evangelista for Peter Lindbergh to Naomi for Gianni, the MET covered its bases. This was accomplished through famous magazine tearsheets exhibited in front of 3-D mannequin displays outfitted to mimic the shots. Yes, Brooke Shields' infamous Calvin Klein jean advertisements were included -- the jeans themselves were strapped onto a Brooke mannequin as well! -- as well as an amusing wall of Sports Illustrated covers with our own personal muse Tyra. Kudos to Gemma Ward for landing a spot next to her fore-mothers in a stunning photograph by Irving Penn! 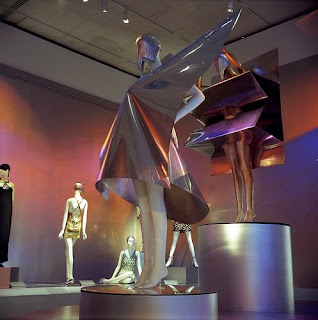 Our favorites included a rotating display of aluminum costumes from "Who Are You, Polly Maggoo?" and the Twiggy roundup; in terms of being a "breakthrough" model, the MET suggests she is most important to fashion history. Yet AnA questions the much-debated Azzedine Alaia absence as well as any official mention of the Brazilian Bombshells besides a few Gisele pictures . The explosion of the 90s Tokyo fashion scene goes untreated and many famous Asian models like Ai Tominaga, Irina Pantaeva and Du Juan are left unheralded. Plus the MET ignores the rise of the internet, and Style.com's practice of naming models on their website as a tool in increasing model celebrity. 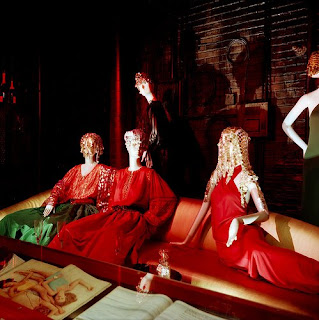 Our biggest peeve? Check out the mannequin faces: completely blank and as flat as the magazine pages before them. Shouldn't the faces have been styled after the models in the exhibit? AnA suggests a display of famous faces from different eras arranged together; the 6'1" Veruschka next to the race-bending Janice Dicksinson passed out in front of the 5'7" Kate Moss. Wouldn't a dynamic array of different types of beauty, but in the flesh, been lovely.